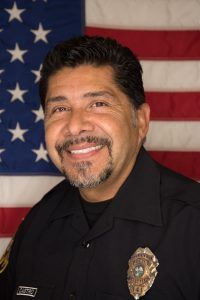 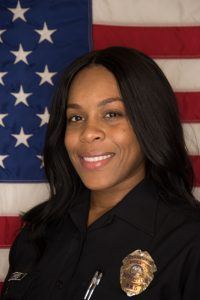 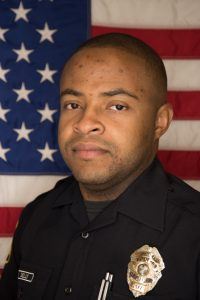 On April 8, 2019, an elderly victim was about to enter her apartment when she was violently struck from behind by an unknown subject. The subject struck her several times on her back and pushed her to the ground. The subject, who was armed with a knife, towered over the defenseless victim and forcibly took her phone. Detective Benjamin Dolly took control of this investigation and began to pursue the subject responsible for this crime. On April 10, 2019, a victim was ambushed as she was walking into the lobby of her apartment complex. The subject, who was armed with a handgun, pointed the gun at the victim and demanded the victim's property. Fearing for her life, the victim handed over her credit cards and cash. The subject fled through the apartment building. Detective Saul Castro responded to the scene to continue the investigation. On April 14, 2019, a subject gained entry into a residence through an unlocked front door. Once inside, the subject confronted an elderly female victim and demanded money. The victim replied that she did not have any money. The subject proceeded to ransack the house. Fearing the unknown, the victim began to scream for her son. The subject pulled a knife from his bag, pointed it at the victim and ordered her to be quiet. The subject took the victim's cellphone and money from a dresser drawer and fled.

Later that night, Miami-Dade Police detained a subject attempting to use the victim's credit card at Foot Locker. The victim was contacted and a show-up was conducted. The victim positively identified the subject as the one who terrorized her in her home. Detective Jones responded and proceeded to interview the subject. The subject confessed to attempting to use the victim's credit card that he said he obtained from a friend. The subject was charged with an occupied home invasion by Detective Lashundra Jones and transported to TGK.

The detectives' hard work and information sharing led to the arrest of the subject, who was a career criminal. Within a week period, the subject had embarked on a crime spree, targeting women and the elderly. These detectives abruptly put a stop to his crime spree. They proudly represent our Department and the Investigative Section. Their efforts have made a "Positive Impact" on the community they serve and have put the victims' minds at ease, now that the violent offender has been apprehended. I would like to commend Detectives Saul Castro, Lashundra Jones and Benjamin Dolly for reinforcing our core values of hard work and professionalism and showing the strength of teamwork.