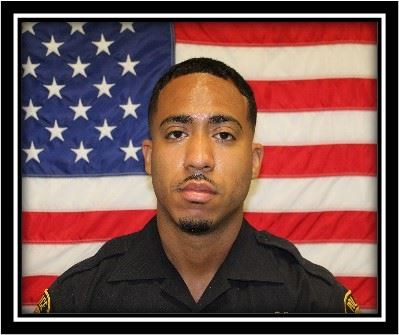 On July 17th, 2022, at approximately 2118 hours, Officer Lenbien was dispatched to a priority call reference to a male walking around Café Crème restaurant holding a handgun. Simultaneously, a second priority call was received by a female who ran into the North Miami Police Department fearing for her life, as she was fleeing from a man with a handgun. A Be On the Look Out (B.O.L.O) was issued of the male subject’s description over the police radio.

Upon arrival, Officer Lenbien observed a male matching the description of the B.O.L.O. Without hesitation, he tactically advanced towards the subject to detain him. Using speed, and armed with his tactical training, Officer Lenbien was able to safely take the male subject into custody. Then, Officer Lenbien began to direct the responding officers, to ensure that all employees, patrons, and the woman who initially ran from the restaurant were safe.

Officer Lenbien’s courage and professionalism was exhibited during this incident his actions prevented a convicted felon from potentially causing serious harm or death to the patrons, employees, and citizens of North Miami. Officer Lenbien made a Positive Impact and investigated with the highest level of Professionalism which is a core value of the North Miami Police Department.