On April 25, 2022, uniform patrol officers responded to the Steel Cuts Barbershop, located at 13226 West Dixie Highway, in reference to a male that was shot. The victim was unconscious and it appeared that the victim could expire as a result of his extensive injuries.

Detective Bohne responded to the scene as the lead investigator, and immediately began to investigate the case. His hard work paid-off when he found video surveillance cameras at a nearby business. The video showed a male subject parking near the barbershop, then exiting his vehicle with what appeared to be a firearm in hand. The male subject then entered the barbershop for several minutes before emerging from the barbershop, while chasing the victim in the parking lot. Eventually, the subject is seen fleeing the area in the vehicle he arrived in, while the victim was left behind, bloodied, and fighting for his life.

While investigating the case, Detective Bohne found a single key fob near the scene which was the breakthrough in this case. Detective Bohne found a car dealership that was able to extract the Vehicle Information Number (VIN) from the key fob. Contact was made with the rental agency, who was able to provide information on who rented the vehicle, during the time of the shooting. Immediately, Detective Bohne identified the possible shooter, and a photo line-up was administered to the victim after he miraculously survived his injuries. The victim confidently identified the subject, and added that the subject was a former customer at the barbershop.

On May 31, 2022, Detectives from the Crime Suppression Unit received intelligence that the subject was possibly at the Extra Space Storage. Detectives quickly responded and safely took the subject into custody. Detective Bohne prepared a search warrant for the storage unit and the vehicle the subject drove in at the time of his apprehension. The search of the storage unit revealed a black bag inside, containing a firearm that matched the caliber of the casings left on the shooting scene. Always keeping an open mind, and never overlooking any potential clues, Detective Bohne’s thorough investigation was essential in the apprehension of a violent felon, who clearly had no regard for human life. 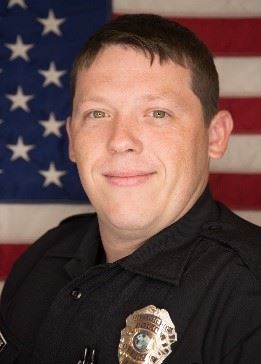