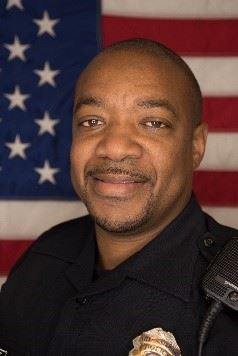 On Monday, October 18th, 2021, at approximately 03:38 am, Officer Bryant proactively patrolled the residential area east of Biscayne Boulevard on Northeast 123 Street with his cruise lights activated. While patrolling the area, Officer Bryant was flagged down by a frantic homeowner, who informed him that his two (2) kayaks were stolen from the boat dock behind his residence. Officer Bryant immediately began to gather crucial information while keeping the victim calm. Knowing that the subjects may still be in the area, he immediately checked the areas adjacent to the waterways. While Officer Bryant was canvassing the area, he observed a white Ford F-150 parked near the jetty on the south side of the Broad Causeway. Typically, this would not be of great concern, but Officer Bryant knew a vehicle parked at that location around 04:00 am was suspicious. As Officer Bryant moved closer to the vehicle, he observed two (2) kayaks in the truck's bed and three (3) additional kayaks on the ground next to the truck. Officer Bryant then stealthily approached the truck with the well-founded belief that those were the stolen kayaks. He then encountered a male and female subject standing near the kayaks in the truck's bed. Both subjects, realizing they were caught off guard, tried to convince Officer Bryant that they owned the kayaks and tested them for buoyancy before selling them online. The subjects could not provide a legitimate reason as to the purpose of their presence in the area and why they were in possession of so many kayaks. Their explanation did not dispel Officer Bryant's alarm that criminal activity was occurring, and their stories made no sense.