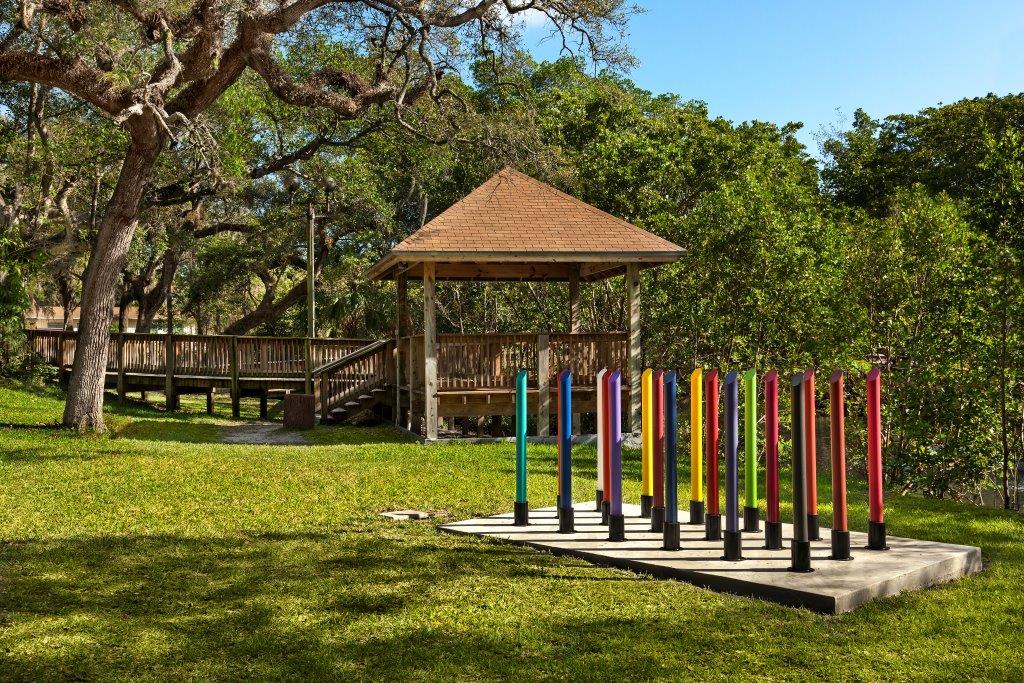 In March 2017, the City of North Miami dedicated a monument to the heroes of South Florida’s LGBTQ community, during a heartfelt ceremony at North Miami’s Elaine Gordon Enchanted Forest Park. The 6ft tall multi-colored art sculpture, dubbed “Untitled,” was designed by Miami, FL based artist, A.G. Its poles are made of enamel, over aluminum. The colors in each pole are identical to the colors used in the Mediapro HD Ultimate F/X 18 Color Makeup Palette, an artistic choice made by A.G. to represent the colors “used in Theatrical and cinematic representations of characters to convey or accentuate a hyperbolized reality of who we can be, or what can be done onto us,” as stated by A.G. The artistic elements of the sculpture are further accentuated by its location, adjacent to the park’s ambient lake, fountain walker’s bridge. The sculpture was created as part of the city of North Miami’s Art in Public Places program.

The artist calls the sculpture a testament to “the power of queerness.” AG says, “The power of queerness lies not only in the potential to learn, but the ability to teach how to access the tools, modalities, and states of mind needed to assimilate new progressive and fluid identities within an uncharted spectrum, while expanding the current rigid definitions of what it means to love both ourselves and others.” 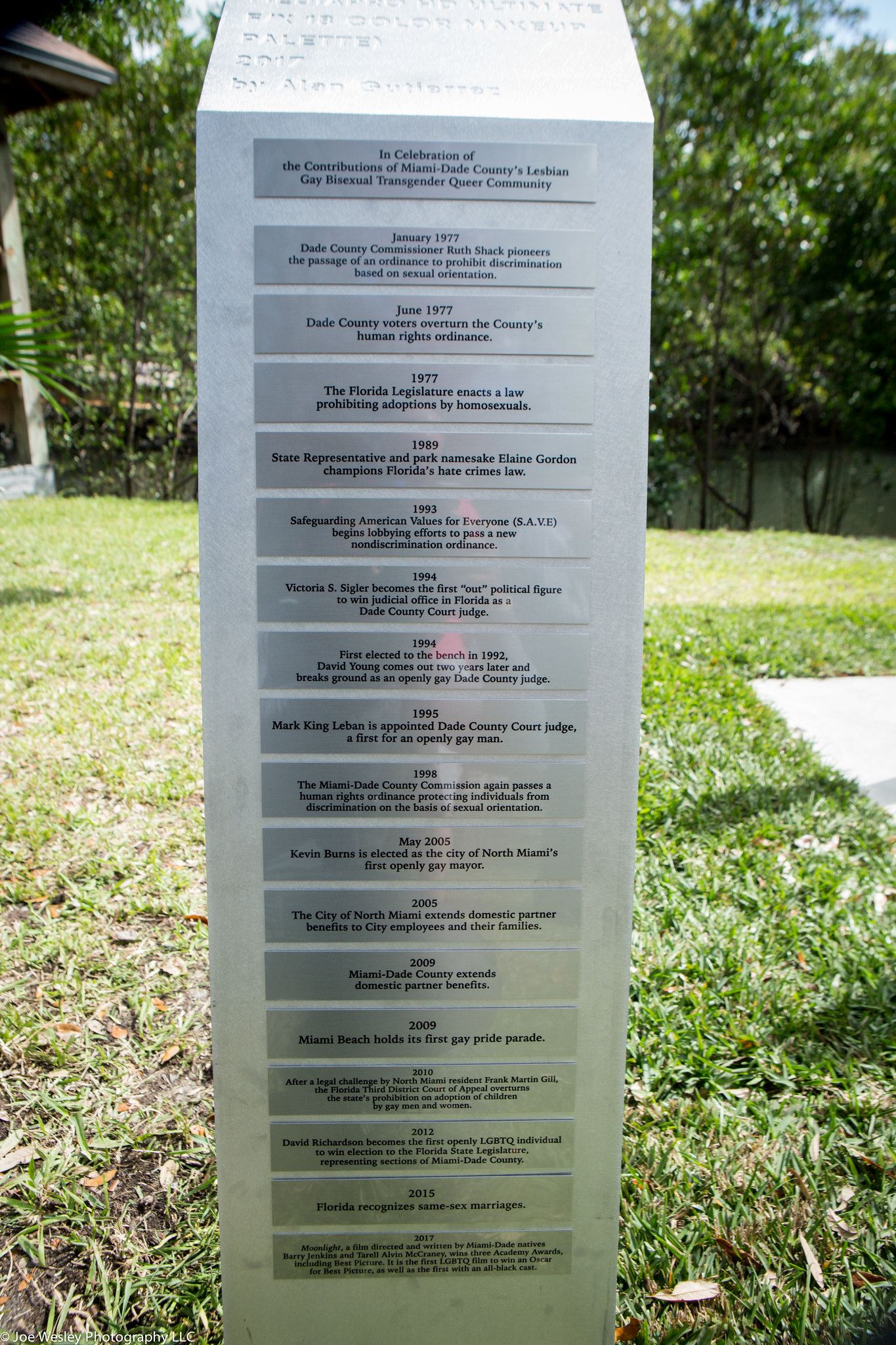 "North Miami has long been at the forefront of LGBTQ issues in South Florida. We were the first to offer domestic partner benefits to employees. The movement to overturn a Florida ban on gay adoptions was started by a resident. We were the first to have multiple openly-gay elected officials serving at the same time. And, of course, we are the home of Miami-Dade's first and only public sculpture dedicated to our LGBTQ pioneers. North Miami will continue to be a leader in gay rights issues as long as is needed!"

A.G.’s transdisciplinary practice aims to utilize production, theatrical modalities, and entertainment as a realm of thought, to elicit the notion that reality is a malleable material and that we are all uniquely capable agents of self-direction and identity-design. Through a compound practice of research and training in the fields of entertainment and conservatory style training, A.G. leverages these findings as performative works, while simultaneously scrutinizing the exhibition site as a site of production. 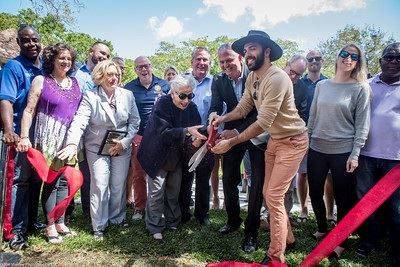