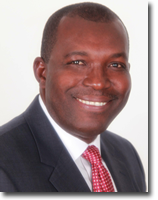 To the North Miami Community,

Serving as your mayor is truly a privilege and honor. Since my first day as Mayor of North Miami, I have looked forward to connecting with our City’s residents, business owners, students and senior citizens. My passion is to hear your North Miami experiences first hand, celebrate your successes, listen to your concerns and bring forth timely solutions and change.

Unprecedented events are happening globally. Such things can be challenging at times. Our City, the great City of North Miami, is ready to turn our challenges into opportunities through services, projects and programs designed to maintain your quality of life, keep our economy afloat and remind you that North Miami cares. North Miami remains a great place to live and do business. I encourage you to explore our City’s many hidden gems found in nature, unique business offerings and diverse cultures.

As mayor, I am very proud of our strides as a City and community. North Miami’s future is definitely bright. Together, we will continue to elevate and grow. Let’s move the City of North Miami forward.

The Honorable Philippe Bien-Aime, Mayor of North Miami, was born and raised in Port-au-Prince, Haiti. Bien-Aime migrated to Canada in 1991, before settling in the United States in 1993. He is married and the loving father of three children: two boys and one girl.

Mayor Bien-Aime has worked in all aspects of the automobile industry for almost 20 years. He began his career climbing the corporate ladder, until 2006 when he followed his entrepreneurial dream and opened his own business.

Mayor Bien-Aime studied at the National University of Haiti, earning a Bachelor of Science in Communication and Social Science. At Lavale University, he completed a post-graduate Certificate Program in Social Science. He also completed professional training certificates in bookkeeping, taxation, and management.

Since 1999, Bien-Aime has been a strong community advocate throughout South Florida, supporting and promoting political involvement and lobbying for immigration-related issues. He serves on the United States Conference of Mayors (USCM) Task Force and Committee. His standing committees include Community Development and Housing, along with International Affairs. He also serves on the USCM Task Force for vacant and abandoned properties and the Small Business, Franchising, and Entrepreneurship Task Force.

Since his election in 2013, Bien-Aime has served on the North Miami City Council, as the District 3 Councilman. In 2019 he held the position of Vice Mayor, until being elected Mayor in May of the same year.